How Not to Be a Sports Supervillain 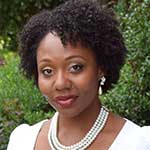 The virtues of the dreaded sports supervillain are a constant subject for debate amongst sports media personalities. Outlets from Bleacher Report to USA Today have even compiled lists of the sports world’s most villainous.

Advocates point back to LeBron's "Decision" as a boon for the NBA. He became public enemy number one once he took his talents to South Beach in 2010, instantly giving fans someone to root against.

Some suggest that Kevin Durant's departure from OKC will have a similar effect on the sport's popularity. In fact the entire Warriors team embraced the label during a supervillain themed party late last year at Steph Curry’s home..

While certainly debatable whether or not the decision to switch teams justifies the vilification of stars like LeBron and KD, other athletes have behaved badly enough to legitimately secure their ranking among the sports world’s most villainous.

Recent antics of Duke shooting guard Grayson Allen have earned him the label. Several instances of tripping or kicking opposing players and allegations that he pushed a Florida State assistant coach caused some to question where he ranks among Devilish Duke players of the past such as Christian Laettner and J.J Redick.

The supervillain classification is not unique to basketball players. NY Giants wide receiver Odell Beckham Jr. may have solidified his status as the NFL’s most villainous after his sideline meltdowns, confrontations with kicking nets and most recently, his decision to punch a hole in a wall at Lambeau Field.

Not to be outdone by athletes in team sports, young tennis pro Nick Kyrgios, recently raised the standard of the sports villain to new heights. During the second round of last year's Shanghai Masters, Kyrgios "tanked" his match against his German opponent, Mischa Zverev.

Fans booed his lack of effort, causing the young Aussie to lash out at them, shouting "You want to come here and play?"

He made matters worse during his post-match press conference by declaring “I don’t owe [the fans] anything. It’s my choice. If you don’t like it, I didn’t ask you to come watch. Just leave. If you’re so good at giving advice and good at tennis, why aren’t you as good as me?”

Commentators argue amongst themselves as to whether the vilification of pro and amature athletes provide a boon for their personal brands or more broadly for the leagues they represent.

Missing from such conversations is any mention of whether supervillain behavior is good for the athletes themselves.

Regardless of potential external financial benefits, self-indulgence in the darker shades of our human nature is damaging for our minds, hearts and souls. Young athletes must adopt a proper mindset in order to avoid romanticising supervillain status.

Here are three things to remember when guarding against one’s inner villain:

Remember there's no I in team

Human beings were made to be communal by nature (perhaps to display the image of a triune creator). But since we are human, not divine, it does not come naturally for us to abandon selfish ambition and count others more significant than ourselves.

In the case of Odell Beckham Jr., self-indulgence and a lack of self control created a distraction for his entire team. His quarterback and coach were placed in situations where they had to answer countless questions about his behavior rather than their team’s on field performance.

In these situations counting others more significant than ourselves means considering how our actions may impact our teammates before engaging in activity that may feel natural or justified in the moment.

Rejecting self-centeredness and striving to be a good teammate may help young athletes avoid the supervillain path.

Remember not to waste your talent

The parable of the talents warns that when we fail to wisely invest the talent that God has given us to steward, what we have may be taken away. Athletic ability is truly a gift, and like anything of value it is possible for that gift to be wasted. One way of wasting talent is by engaging in behavior that limits playing time or ultimately ends an athletic career.

Grayson Allen, for example, was initially suspended “indefinitely” by his coach after a series of incidents in which he kicked or tripped opposing players.Though his suspension only lasted for one game, it hopefully reminded he and others that playing time is a privilege not a right.

Current pro examples like Johnny Manziel help us see how behaving badly will ultimately cut a career short. His run-ins with the law and failure to abide by team guidelines have kept him off an NFL roster since 2015.

While these shortcomings have been quite obvious and public, failure to invest in athletic ability may manifest itself in less obvious ways off the field. Each time an athlete undervalues practice—yes, we’re talkin’ ‘bout practice...not the game—or fails to care for their body with proper nutrition, training and treatment, they are essentially wasting their talents.

Avoid supervillain status by investing in rather than wasting your talent.

Remember you’re not that good

Nick Kyrgios could have used these words of wisdom before asking the media and fans “why aren’t you as good as me?” in response to their criticism of his effort level. Some may argue that a bit of cockiness is needed for athletes to reach the top their game.

But how can an athlete find the drive to reach the top if they’ve already reached the pinnacle in their own minds?

On the contrary, it is through sober judgment and self-assessment that true athletic greatness is achieved.

Kobe evaluated himself against the greats of his day in order to reach MVP status. But even when he was objectively the best in the NBA he knew that he wasn’t the greatest.

The legend of Michael Jordan loomed large in Kobe’s mind and drove him to work harder even when he had surpassed his peers.

Ironically, reliance on our own goodness makes us super villains, in a sense, toward God. That’s the bad news that lays the groundwork for the gospel. It is only by looking away from our own “goodness” and looking to the goodness of Someone who is greater than ourselves that we are able to assess ourselves with more sober judgement.