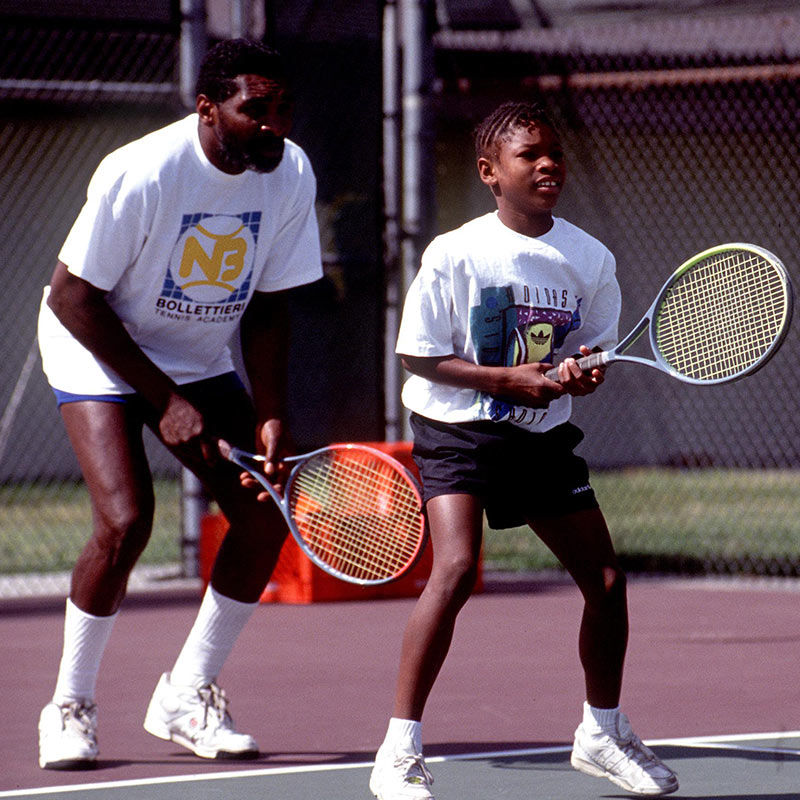 The internal temperature of my house was 80 degrees and I just finished shoveling mounds of dirt from my driveway to my backyard. I was sweating. So why did I have goosebumps all over my arms? The answer: the latest 60 second Nike commercial of Serena Williams. If you haven’t seen it yet, you need to—and not simply because it provides context for the rest of this post. The commercial shows us the power of good coaching and proper motivational tactics.

Was Richard a perfect dad? No. He has been divorced three times. For his own reasons, he did not walk Serena down the aisle at her wedding. Maybe a quick Google search could yield a few more reasons. I don’t know and for the purpose of this post, I’m not sure it really matters. There is a lot I can learn from people who may not fit into my tidy box of what a role model should look like.

This commercial does not give us an exhaustive view of the relationship between Serena and Richard, but there are still fragments of gold to be excavated.

What can we learn from this commercial? I can think of 5 things for parents and coaches.

The Power of Affirmation

I don’t know if this commercial represents an accurate view of how Richard coached Serena or if the audio clips were selectively chosen in Hollywood fashion to grip the audience. But here is what I do know: affirmation is a powerful tool in the coaching world—and in life.

In any relationship, affirmation is a simple way to add “credits” into someone’s relational bank account.

The Power of Laughter

20 seconds into the commercial, we hear Richard laugh. He was not laughing at her. He probably was not laughing with her. It seemed like he was so pleased by what he saw in her that laughter was the best—and most natural way—for him to express his emotions. I love this.

Robert Provine once said that “Laughter is more about relationships than humor.” Relational joy can be expressed in a number of different ways, but laughter indicates a deep level of connection and comfort to that person. Laughter helps build trust and trust is a foundational need that any athlete needs to have towards their parent or coach.

The Power of Challenge

Affirmation and laughter are great, but they are not the only qualities that create a championship level culture. Richard also challenges Serena with specifics.

“Keep that perfect service motion you have.”

“Switch to the back hand.”

We grow as athletes (and as people) when we are appropriately challenged by those in our life that we trust. Trust is built through laughter and affirmation, and it’s leveraged by hard, specific challenges.

The Power of a Parent

If you only read a manuscript of the commercial you will miss this. Richard’s tone is that of a father who loves his daughter and wants to see her become the best. We have all heard the phrase, “It’s not what you say, it’s how you say it.”

One thing is clear from this commercial: Richard loved his daughter and communicated that to her through the content of his words and in the tone they were delivered.

Check out this clip from an interview when Serena’s sister, Venus, was 14 years old.

There is great power when a child can hear that their dad—or mom—believes in them and will fight for them.

The Power of Purpose

The commercial starts with a bold challenge to Serena: “Imagine you are in the US Open.” It’s a phrase that gets repeated again in the 60 second timeframe. I would guess it is a phrase Serena heard a lot from her father in various practice sessions growing up.

The direction we are headed often determines our destination. Serena practiced, from the age of nine, like she was in the US Open. It gave purpose to what she did.

Affirmation, relational trust, challenge, fatherly guidance, and a life directed by a big, seemingly impossible goal. For those familiar with the Christian faith, all of those should resonate at a much deeper level than tennis.

And we have Nike, Richard Williams, and Serena Williams to thank for that reminder.