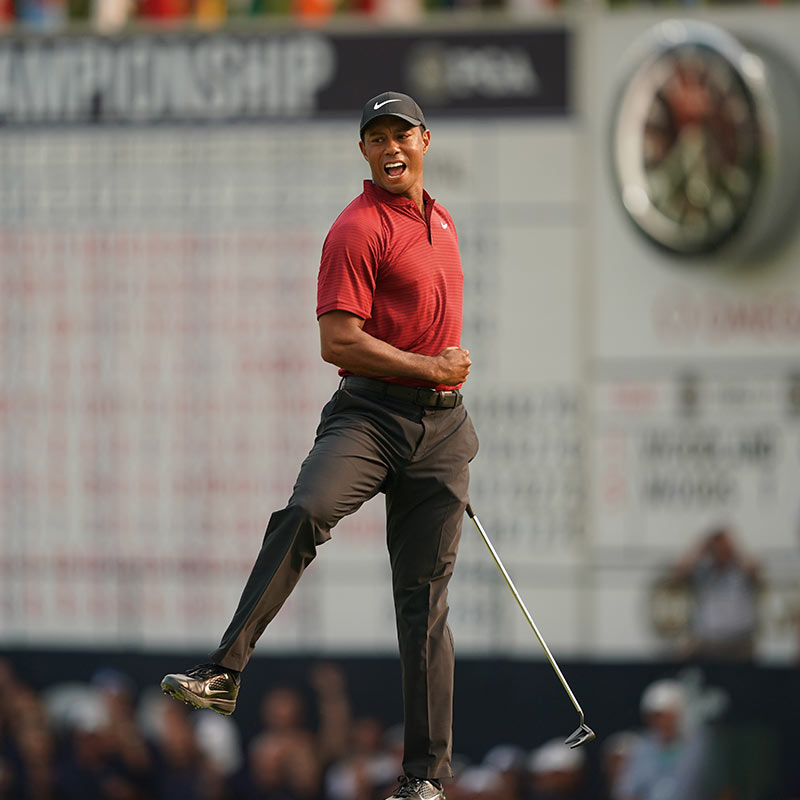 The Transformation of Tiger Woods

Tiger Woods is back.

Surprisingly, he might even be better than he was before on multiple levels. Watching both his game and his vibe, there definitely seems to be something different about him.

For starters, he might actually be prepared to play better than before his health and relational problems sidelined him. On Sunday he shot his lowest final round (64) of his already legendary career—and he did it in the midst of missing almost every fairway on the course. He treated the fans who followed him around the course in St. Louis and those of us watching from our couches to something we have not seen from him in a long time: excellence.

It’s no secret that I am a Tiger Woods fan. I love seeing all-time great athletes play great. Bonus fun: not only is Woods’ excellence seen, it’s heard! Is there anything better on a Sunday afternoon than the roar of a Tiger Woods birdie? (Ok, there probably is, but my volume was turned all the way up as I watched the back nine yesterday.)

But perhaps there is more transformation taking place in the life of Tiger besides his golf game. After the PGA Championship concluded with Brooks Koepka walking off the 18th tee, who was there to greet him with a hug? Tiger.

Tiger seemed genuinely happy for Brooks after the win — stuck around to make sure he gave him congrats pic.twitter.com/LEq0ZIfdy4

The old Tiger would not stick around to hug anyone, let alone the guy who just beat him. And this was not just a “good golf etiquette” congratulations. Woods appeared legitimately happy for Koepka.

What has changed with Tiger? Did the time away and the long struggle to return to top form give him a new perspective on life? Did he have a revelation that relationships will always give more lasting joy than sports accomplishments?I don’t know if it really matters. Tiger is back—but he also looked different.

Maybe a decade of battling injuries and the consequential fallout from decisions he made in his personal life contributed to it. After all, as the saying goes, “character is formed in the crucible of adversity.”

Who knows if this is all real or not?

Maybe this is the closest he will ever get to winning another major. Maybe his post-match congratulations was all for show. Let’s wait and see. True transformation passes the test of time.

For now, let’s appreciate what we just witnessed this past weekend and hope for more of it from Tiger in the future. A transformation seems to have taken place.

Excellence on the course, yes, but now also maybe glimpses of character off of it.