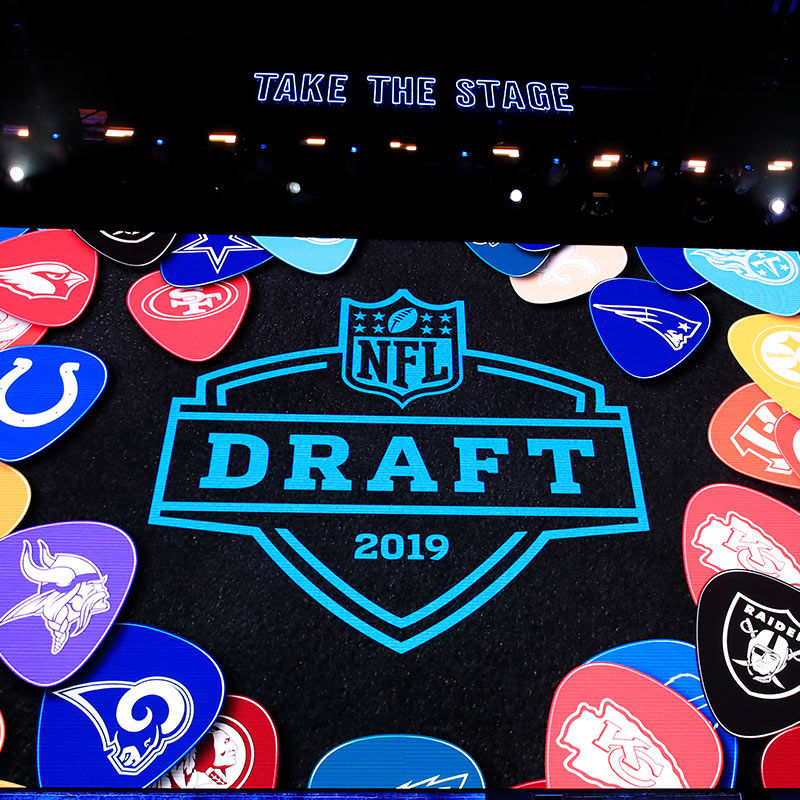 Shedding Tears at the NFL Draft

It would be hard to boil down my favorite part of this past weekend’s NFL Draft to one moment. Sure, there was the anticipation of the first overall pick, which resulted in Kyler Murray being the first athlete to be chosen among the top ten picks in two separate professional sports league drafts. There were the surprise picks, as there always are. There was the pageantry of the atmosphere with fans decked out in the gaudiest of attire. Yes, all of these and more make the NFL Draft what it has become over the last decade.

Yet my personal favorite part of the weekend was a collection of moments all under one umbrella: the tearful responses of young athletes experiencing a dream come true.

It seemed to me, even before ABC/ESPN commentators acknowledged it on-air, that there were more tears from the draftees upon “getting the call” than in years past. As I bantered with friends analyzing each pick amid bites of recently grilled burgers and chicken, I noticed a few internal reactions I had to these tears:

I think each of these is worth a few moments for us to ponder.

I remember a number of years ago when Tim Tebow lost the SEC championship his senior season. A camera shot of him near the game’s end showed a steady stream of tears running down his face. That image of him made its way around the budding social media scene and was far more often than not coupled with the sentiment that he is less of a man for shedding those tears.

I felt outraged at that! For starters, few people know the blood, sweat, and yes, tears that are put into that level of sports. One thing I love about Tebow is how fiercely he competes as an athlete. He is, in my opinion, the epitome of passion for sport. How dare we condemn the tears of someone who has labored greatly only to come up short of his goal? There are many layers to this and many reasons why this notion runs rampant through our culture, from the most trivial of disappointments to the deepest of tragedies. Not knowing how to deal with our own pain, and misconceptions of what is considered “manly” or “worth crying over” are only a few. Allow me to illustrate these briefly.

A friend of mine who was a collegiate wrestler once told me about his experience at his grandfather’s funeral when he was seven years old. He was devastated at his grandfather’s passing and naturally, was crying. His father immediately took him outside, put sunglasses on him and instructed him never to let anyone see him cry again. Imagine the message now emblazoned in the boy’s mind and heart! Sadly, this is all too common. No wonder men do not know how to deal with emotions in healthy ways.

On the other end of the spectrum, my toddlers fight and cry about most anything, including not having enough pretend food they are “baking.” (True story!) Why are they upset over imaginary food? Because it’s important to them. I hope, by God’s grace, and in large part because of the my wrestler friend’s story above, to never tell my kids not to cry, even over the invisible food they can’t seem to share.

Regardless of the reason, crying is healthy physically, emotionally and spiritually. This is a non-negotiable change that society must usher in.

I felt relief because these men had overcome great obstacles

There’s already the baseline accomplishment of making it to the NFL, an impressive feat, to put it mildly. Yet the stories that the ABC producers told through the eyes and mouths of these young men were compelling. They made the accomplishments on draft day all the more sensational.

Many men spoke of heartache and challenges including homelessness, loss of loved ones and debilitating injuries. Perhaps there were simply more stories told, but it honestly seemed like there were greater odds against this year’s draft class than any I can remember. Thus, the tears would make sense because these athletes had finally made it. And finally, there was some relief. They had waited and worked hard and accomplished and waited and persevered and waited some more. Then, at long last, they “got the call”.

The first century pastor/missionary best known as the Apostle Paul wrote in his letter to the church in Rome some strange insight on this very topic: “...we rejoice in our sufferings, knowing that suffering produces endurance, and endurance produces character, and character produces hope” (Romans 5:3-4). Joy and suffering are mixed together. As I watched these men reach their goals and the tears flow, I felt relief for them. They had made it, and the wait was over! Yet I knew there were more obstacles still to come. In many ways, their journeys were merely continuing. And that gives me hope.

I felt hopeful because of the great obstacles still to come

One recorded phone call from the weekend in particular struck me. The scene depicted John Schneider, general manager of the Seattle Seahawks, calling D.K. Metcalf, a wide receiver from Ole Miss. Some projections had Metcalf with a chance of cracking the top 20. Instead, he had to wait until the last pick of the second round at 64th overall.

As soon as he heard that he was being selected by Seattle, it was clear he had erupted in tears. The wait was finally over. In his emotion, he was able to muster the question, “Why did you make me wait so long?”

This ought to strike a chord with us! There is something about a struggle being overcome that brings deep relief and hope that the next one can also be overcome. The joy of the weight being lifted invokes a physiological response. That’s what D.K. felt. That’s what so many of these men felt. And we could all feel it, too.

Part of it is certainly relief and excitement over the results. The other part of it is a deeper longing that it shouldn’t have been this hard and shouldn’t have to be next time. There’s a sense that something is broken in this world that makes struggle harder than it should be. Somehow, we know that we shouldn’t have to “wait this long.” There’s hope that it will be fixed one day and our suffering will cease. The tears are a mixture of both joy and sorrow all at once, something J.R.R. Tolkien, author of The Lord of the Rings books, was onto when he coined the word “eucatastrophe.” He defined it as “the sudden happy turn in a story which pierces you with a joy that brings tears.”

This points to our longing for eternity, when one day Jesus will redeem and restore all things. The prophet Isaiah penned these words nearly 3000 years ago: “He will swallow up death forever, and the Lord God will wipe away tears from all faces … ” (Isaiah 25:8). One day, tears will be no more. We will be instructed — no invited — to stop crying. This will be our lot, and unending joy will never cease.

But for now, I applaud the raw, vulnerable, human display of emotion! Congratulations to every one of the 254 draftees this weekend! You have overcome much, and there is still much to be overcome. Until they will fully and finally be wiped away, let the tears flow freely.

Tyler Stowell serves with Athletes in Action as a Local Team Leader on the campus of Rutgers University. He played football at the University of South Florida. He and his wife Allison have two daughters, and he continues on as a faithful sports fan of Tampa Bay teams.
See more from this author >>