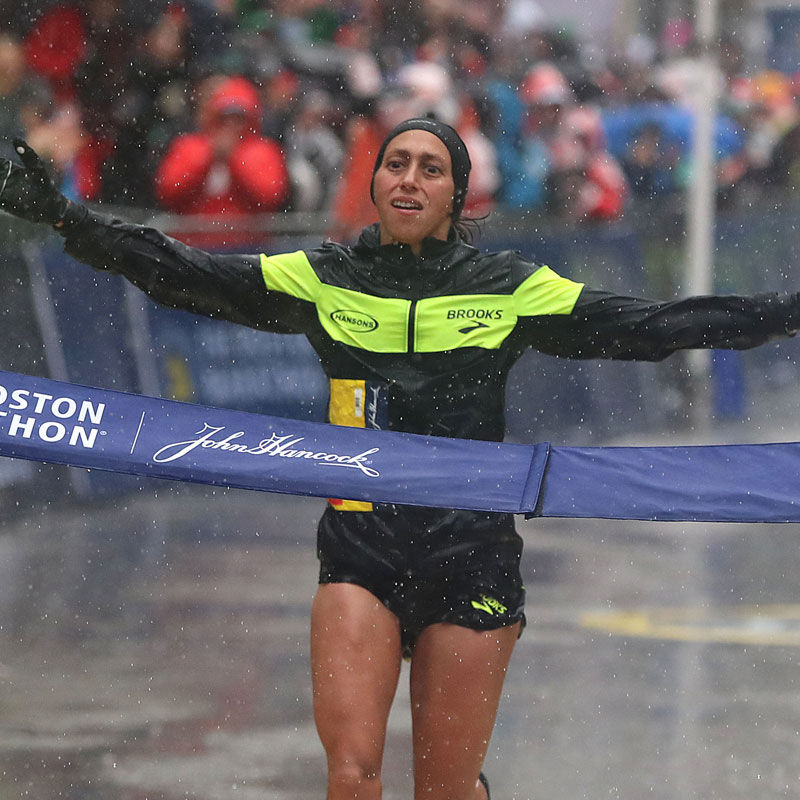 On a rainy, cold, and windy morning, Desiree Linden toed the starting line in Boston. Less than 2 hours and 40 minutes later, she became the first American woman since 1985 to win the prestigious Boston Marathon.

Desiree did not just win—she dominated. The closest competitor, fellow American Sarah Sellers, was over four minutes behind Linden. But there was nothing easy about this victory. In fact, the words "easy" and "marathon" should never appear in the same sentence (I just broke my own rule!).

“I'm thrilled. It's supposed to be hard,” Linden explained after the race.

Linden’s name will forever be etched in the record books as the victor of the 2018 Boston Marathon, but the results don’t tell the entire story.

And that is a shame because the entire story is what makes her victory so epic.

One of Desiree’s competitors, fellow American Shalane Flanagan, was one of the heavy favorites to end the winless streak of American runners in Boston.

Early on in the race, Flanagan had to stop and use the bathroom, which is not completely uncommon in a marathon. Doing so, however, means you lose contact with the leaders, forcing you to play catch up the rest of the way. It is a huge strategic disadvantage.

What the record books will not show is simply this: Desiree Linden stopped to wait for her. Yes, you read that right. In a battle to be the first American in over 30 years to win the Boston Marathon, Linden waited for her competitor. But even her reason for doing so is amazing.

"Honestly at mile two, three, four I didn't feel like I was gonna even make it to the finish line," Linden said, via Roxanna Scott of USA Today.

"I told her [Flanagan] in the race, I said 'If there's anything I can do to help you out, let me know because I might just drop out.' When you work together, you never know what's going to happen. Helping her helped me and kind of got my legs back from there."

Did you catch that? Linden was not feeling great and was ready to throw in the towel. She waited for Flanagan—to help Flanagan—and somewhere in that process, she started feeling better and eventually won the race.

Linden had every right to leave Flanagan behind and press forward. And no one would have faulted her for it. But she chose a different option, one that is foreign within the world of elite competition.

In a piece published earlier this year, Athletes in Action's Ed Uszynski pointed out the real but rare possibility of athletes competing in an alternative, selfless way that transcends the "just do what's best for me" culture that dominates sports today.

“Self-interested, self-promoting behavior from athletes—or humans in general—isn’t exactly newsworthy. We’ve come to expect it. But there really is another way, even within elite athlete culture. We don’t see it often, but we shouldn’t give up looking for it—even if we can’t expect it.”

We don’t see it often, but we shouldn’t give up looking for it.

Desiree showed us why we should not give up, while also showing us what it looks like to love another competitor instead of pouting when things aren't going well. She became the first American woman in over 30 years to win at Boston and she did it in a way that none of us—probably even her included—would have ever imagined.

Should we all "stop" out of deference for others in the midst of competition? Of course not. But Linden demonstrated that showing grace to a competitor—even in the midst of the battle—doesn't necessarily have to come at the expense of winning.

By no means did Desiree Linden provide a blueprint for future athletes to follow. But she did offer us another available option in a long buffet of choices that every athlete must choose from.

Congratulations to Desiree Linden, winner of the 2018 Boston Marathon! Let’s continue to celebrate and spread the story that the record books fail to tell.