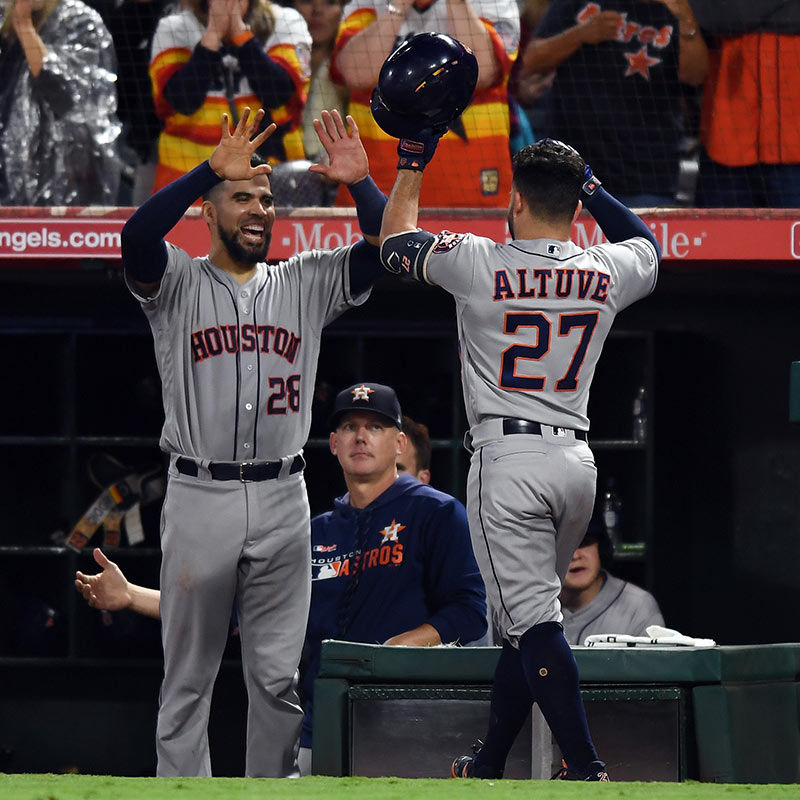 Jose Altuve knows something about baseball.

The six-time MLB All-Star was the American League Most Valuable Player in 2017. The same year, his Houston Astros won the World Series, and he collected the Hank Aaron Award.

He was selected as the Associated Press Athlete of the Year and wore the banner of the Sports Illustrated Sportsperson of the Year as well.

Standing only five feet six inches tall, he is not big in stature, but he plays second base like he is ten feet tall and bulletproof.

Altuve knows what it takes on the field to be successful. But, he says his faith does not rely on his accomplishments on the diamond.

“It just doesn’t work that way,” says the 2015 Gold Glove Award winner. “And that’s easy for me to say because I’m playing in the big leagues.”

Having grown up in Venezuela, he knows firsthand what it’s like to be in a dugout of poverty and struggles. “There were times in my life growing up that we did not have much,” he said. “We faced obstacles, but my mom and dad made sure we trusted and followed God to help us. We did, and He did.”

Teammate Robinson Chirinos plays about 127 feet away from Altuve. The catcher is also from Venezuela and had a rude awakening the day he gave his heart to the Lord.

The devil didn’t like it and was upset. He attacked the catcher in the form of a foul ball.

A fastball was tipped and hit Chirinos in the mask, knocking him out. Afterward he was dizzy and dazed. He suffered symptoms for days that included vomiting and headaches. He was diagnosed with a severe concussion and struggled for weeks to get back to form.

Life can change just that quickly.

“I knew I had to give my life over to God, and that’s what I faced,” he says. “I got hit in the head a few hours after I became a Christian. I guess the devil was mad at me.”

But that did not faze him or deter him from the commitment he made to God. Instead, it made him more determined to walk the Christian journey.

He has learned to trust in God in both the good times and bad, just the way his teammate Jose Altuve has done. Both have faced difficult and different circumstances, yet they have relied on their decisions to live for the Master.

Altuve was raised to put his faith in the Lord while Chirinos had his faith put to the test just hours after he chose to follow Christ.

Both know their success does not depend on how many rings they win. Instead, they play to receive a robe and crown one day.

Commit thy works unto the Lord, and thy thoughts shall be established. (Proverbs 16:3)

Play with an Audience of One.

Show me how
Del Duduit is an award-winning freelance writer who lives in Lucasville, Ohio with his wife, Angie. Follow his blog at delduduit.com and on Twitter @delduduit. He is represented by Cyle Young of Hartline Literary Agency.
See more from this author >>