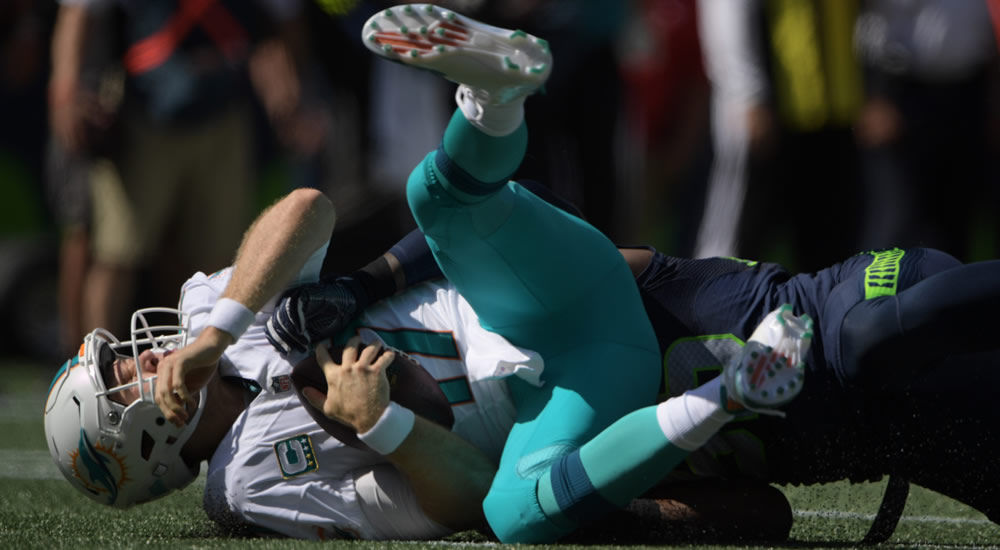 I barely got into the locker room when a rookie caught my attention from across the room. When I reached his locker, he blurted out, "This place is eating my lunch! My parents didn't teach me to live like this. How do I handle it?"

His new teammates had insisted that he join them for a night on the town. You know the pattern. One step too far into enticing surroundings and he had neither the strength nor the courage to turn back.

This rookie needed the warning the apostle Paul gave to his young disciple in 1 Timothy 6. There are certain things you don't compromise, taste, dabble in, test or sample. You just flee.

"These things" that Timothy was to flee referred to desires or wants that lead to temptation, then to entrapment and eventually to destruction.

Materialism is Paul's example of destructive desires in this context. In other passages, he added: flee sexual immorality, and flee idolatry (anything that owns your devotion). Paul is identifying pursuits that can rule our lives.

We are good at seeing how close we can get to the edge, to sample without totally falling. Most of us have used the rationalization — a little bit won't hurt anything; I can decide to stop; I can get close, but not cross the line.

We test, taste, dabble in sin … and finally ease our conscience by telling ourselves that we could have done worse. "Flee" is an urgent action -- move quickly, immediately, deliberately!

If you haven't wired "flee" into your life actions, sooner or later you will compromise your relationship with God, or worse, shipwreck your faith. Paul says, "Just run." Mess around with it, and you will eventually crash on the rocks.

If you are serious about avoiding the potential shipwreck of your faith, you begin by fleeing those desires that can entrap you. It is a real and present danger.

Tomorrow’s entry — you need to do more than flee.